With the 2014 Gold Coast Marathon fast approaching (13 weeks away), it’s time I mapped out a marathon training plan. The goal is simple: a sub 3 hour marathon. In theory, this is achievable based on last November’s 5km time of 17:50, and 2012’s half marathon time of 1:22 – the McMillan calculator has me running between 2:53 and 2:54. But as last year’s 3:38 detonation proved, there will be no sub 3 hour marathon without some serious training. Cue the marathon training plan!

I’ve looked at three different plans, each quite different from the other. Here’s a summary of them:

Up until a couple of years ago, entering the GC Marathon would give you access to a suite of Pat Carroll designed training plans in PDF format – beginner, intermediate and advanced – across the marathon, half marathon and 10km distances.

The “Advanced” plan has you running 5 days a week. There’s typically two speed sessions, one long session and the other two sessions are easy runs. The long run builds to 3 hours at 6, 5 and 4 weeks out, and then tapers down. It is periodised with a recovery week roughly every 4 weeks. There’s the option of doing a race in place of the long run on the weekend before the recovery week.  Volume-wise, it peaks at about 7 hours per week, which (depending on pace) is probably around 85km per week.

I really like the balance of this plan, and had great success using the half-marathon plan. My only complaint is that it is completely generic and doesn’t take your target race time into consideration. For example, the long runs are all done at “Comfortable” (conversational) pace. If I don’t have someone to chat with (and for most of the long runs I won’t), that pace could be tricky to judge. I’d like to target a specific pace range, and perhaps even have that pace vary during the run (it might increase in thirds, or have some faster intervals within it).

This year the Gold Coast Marathon provides targeted training plans through the MyAsics website. You tell them what event you want to do, and what your current PB is over any distance, and it generates a 14 week plan for you. It took a few attempts before I found the right PB to generate a 2:54 marathon plan (that ought to give me enough of a buffer).

There’s a lot to like about this plan. You can choose whether to run 2, 3 or 4 days a week, and you can move the run days (which suits me as I like to run my long run on Saturday, and most plans do it on Sunday). Each week there tends to be 1 or 2 easy jogs, 1 or 2 fast runs and one long run. Each run has a target pace, and sometimes the pace is mixed up during the run. My favourite feature is the ability to import the plan into your calendar (by subscribing to an ICS) so I don’t have to manually enter the runs each week, and I don’t have to keep going back to the website! (you can print it too).

The plan is not obviously periodised but there are a couple of easier weeks in there. The long run builds quite sharply (in 5-7km increments) to a peak of 37km at 3 weeks out – and that’s run at a cracking 4:11 min/km pace. That’s 2:56 marathon pace, and would leave you 25 mins to cover the last 5.2km for your sub 3 hour marathon… in training!!. Volume-wise it peaks at 57km per week.

My concern with this plan is twofold. First, the short runs are too short: two of the four weekly runs are 5km jogs. Who runs 5km?!? My second concern is the aggressiveness of the long run build-up. I’m not sure my legs can handle such a fast increase, nor sustain the pace required through the final month. BUT, if they did, the sub 3 hour marathon would be a shoo-in!

The SmartCoach training plan is a customisable 16 week plan which is keyed off your current PB time. Plugging in an 18 min 5km generates a plan for a 2:50 marathon. It has you running 4 days a week, and again you can set your long run day, and also your initial weekly mileage (I went for 58-66km). As with the MyAsics plan, the four runs tend to be two easy runs, one tempo/speedwork, and one long run. You can print the plan (I print to PDF) so you don’t have to go back to the website. If you pay them some dosh, you can get more features.

The plan is periodised with an easier week every 4 weeks. The runs all have pace targets, but the long runs are all run at the same pace – 4:35 min/km – which is also the pace for the easy runs. This is very similar to the Pat Carroll plans, except “Comfortable” has been defined as a set pace. The long run peaks at 32km on four occasions at 3, 5, 7 and 10 weeks out from the race; at the prescribed pace, this is roughly 2.5 hours long. Volume-wise it peaks at 74km per week. 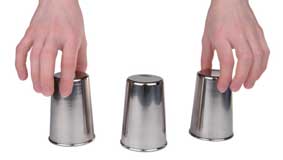 None of the plans are quite what I’m after. There are two areas where they don’t quite deliver.

The first area is volume. Last year I increased my weekly volume from my typical 40-60km per week up to 80-100km. This coincided with me setting my 5km PB, and led to me comfortably completing my first ultra-marathon. I concluded that running more is better. But to temper this, I tried to run every day for 100 days and broke down with a calf injury after 35. I concluded that recovery is important. So I’d like to increase my run volume up to 80km per week, but still include plenty of recovery days.

The second area is variety – specifically, my current fortnightly crop of trail running, hill running and track running. These sessions don’t really fit into any of these plans, but they are a regular routine, one that I enjoy, and one that I want to keep doing after this marathon is over, so I’d like to fit them in somehow.

Prior to doing this analysis, I’d spent a week on the MyAsics plan, and then switched over to the SmartCoach plan for two weeks. Now that I’ve reviewed them, I’m leaning back towards the MyAsics plan, but with modifications:

With the MyAsics plan and these tweaks, I get everything I want: runs with target paces, trail runs, my track sessions, my hills, and an extra 15-20km per week to push the maximum weekly mileage up close to the magic 80km.  If I want more recovery, I can drop the extras and still feel like I’m on plan, and on target!

Lock it in, Eddy!